Homeschool special! Come watch our fairytale trial readers’ theater performance and learn about the criminal justice system, with Jefferson County public defender Jeffrey De La Rosa as a special guest! Jack Robinson has been charged with second degree intentional homicide in the death of Clarence Ogre. Our trial will decide whether jack Robinson deliberately caused the death of Mr. Ogre or if it was merely self-defense. Everyone in the audience will act as a member of the jury and determine Jack’s fate. Stick around after the trial for a question and answer session with Attorney De La Rosa. 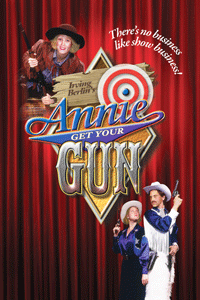 Three of the greatest names in American Musical Theatre – Richard Rodgers,  Oscar Hammerstein and Irving Berlin – came together to create one of the most original and beloved musical comedies of all time, ANNIE GET YOUR GUN. Many shows claim to be classics but this one truly is. It tells the tale of Annie Oakley – the world’s greatest sharpshooter – and her topsy turvy, hilarious journey to find fortune, fame, and true love. Along the way she meets Buffalo Bill, Chief Sitting Bull, and an array of colorful characters who help her in her quest. Yet they still find time to sing some of the greatest songs ever to be sung on Broadway. Every song is a hit including “Anything You Can Do I Can Do Better,” “The Sun in the Morning and the Moon At Night,” “I Got Lost in His Arms,” and that great anthem of the American stage “There’s No Business Like Show Business.”

It’s springtime, and that means many of our animals will be welcoming their babies! Our Animal Barn becomes a nursery with baby goats, pigs, chicks, kittens and more! In addition to Acres of Adventures, puppet shows, animal demonstrations, and special seasonal events, save some time to mosey on out to our egg field. Farmer Gary’s chickens have flown the coop and laid colored eggs all over his alfalfa! Meet Farmer Gary at the hay wagon and take a ride out to help gather up the eggs; then have some fun dropping them down our giant plinko board! Concessions on site are provided by the FFA Alumni Feedbag, including snacks, sandwiches, hot and cold drinks, and sweet treats. Open week-ends, visit our website for dates, times and events, as well as group event information. We look forward to seeing you this spring! 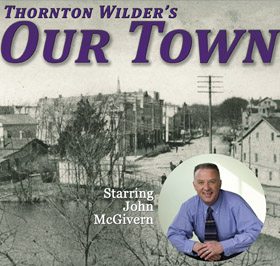 Wisconsin native Thornton Wilder’s Our Town features Emmy Award winning actor John McGivern in the role of the Stage Manager. The production is led by the UW-Whitewater Theatre/Dance Department and directed by Professor James Butchart. Our Town explores the traditional, rural American community through the budding romance of Emily Webb and George Gibb. The subtleties of daily life and family bring profound meaning to the larger questions of love, marriage, death and eternity This Pulitzer Prize winning play and Wilder’s masterpiece is an American treasure that should not be missed.