The opening reception of Part 1 of the Mary Hoard Art Show, for Fort Atkinson students in grades Kindergarten through Grade 8, will take place on Tuesday, April 9, 2013, from 6:30 to 8:00 p.m. Awards program begins at 7:00 p.m.  The show runs through Saturday, April 20, 2013. Students residing in and/or taking classes within the Fort Atkinson Area School District are eligible to enter this show.

This father and son duo combine a solid foundation of “Old School” with a flare of youthful presence to bring you the message of Christ, one song at a time.  After a long and fruitful time with his family group, The Wilburns, Jonathan became part of one of the most award winning Gospel groups of all time, Gold City Quartet.  Voted #1 lead vocalist five times by the subscribers of The Singing News, Jonathan’s tenure in Gospel music has brought him close to people of all ages.  His son Jordan has been around Gospel music all of his life and his ability to present a song with conviction and honesty will find its way into the hearts of Gospel music lovers everywhere.  Together they have a vision to bring fathers, sons, mothers, and daughters close again by expressing their love for one another through songs of faith and inspiration.  They want to give families hope, and remind them that God has a limitless supply of forgiveness and love!

Maranatha Baptist Bible College presents The Hiding Place, Corrie ten Boom’s 1971 autobiography in which she tells the true story of her family hiding Jews in Nazi-occupies Holland during WWII. Jeffrey Miller will direct this production as young Corrie learns how to demonstrate Christian virtues – faith, hope and forgiveness – in the face of unspeakable cruelty.

Jeffrey Miller will direct the case of nearly 40 students. Amily Reynods, a sophomore Social Studies Education major from Capac, MI, will take on the rule of Corrie ten Boom for this production.

Performances at the Maranatha Gymnasium are scheduled for 7pm each evening, April 11-13, as well as 2pm April 13 for a matinee. Tickets are $10 for adults, $8.50 for young people ages 6-16, and $7.50 for senior citizens ages 65 and up. No children under 6 please. (Due to the graphic nature of the Holocaust theme, the content of this production might not be suitable for young children.

Round up friends and family, form a team and join the fun at the Cambridge Gridiron Trivia Contest.

Proceeds from this year’s event will go toward the replacement of Cambridge Youth Football helmets. Hosted by the Flying Zupan Brothers. Held at the beautiful Lake Ripley Country Club, doors open at 6pm and the contest starts at 7pm. Entry Fee is $10 per person (max 10 per team).

The Friends of the Library will be hosting a book sale at Dwight Foster Public Library. There will be hundreds of great books to choose from! 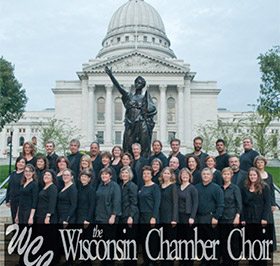