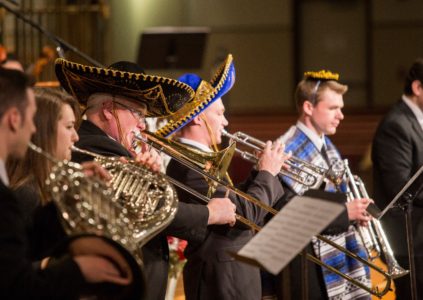 Maranatha’s Symphony Orchestra will perform a concert entitled “ABCs of Music,” bringing to life through music composers, geographical locations and musical terminology with each letter of the alphabet.

“The concert deviates from the standard CKC format in that the orchestra will be split into smaller units, to show the versatility of the different sections.  Even the human voice will be used in a different manner for the performance,” Conductor Lewis Rosove said.

Admission is $3 for students and adults. Teachers, sponsors, and children ages three and under may attend for free. To register, call Maranatha’s music department at 920-206-4047, or visit finearts@mbu.edu.

Maranatha Baptist University is an organization that strives to offer students an academic perspective, regional accreditation and the wide scope of programs, which offer graduates nearly unlimited career and ministry opportunities through a faith-based approach.

Love Letters tells the story of Andrew Makepeace Ladd III and Melissa Gardner, both born to wealth and position, who are childhood friends whose lifelong correspondence begins with birthday party thank-you notes and summer camp postcards. Romantically attached, they continue to exchange letters through the boarding school and college years-where Andy goes on to excel at Yale and law school, while Melissa flunks out of a series of “good schools.” While Andy is off at war Melissa marries, but her attachment to Andy remains strong and she continues to keep in touch as he marries, becomes a successful attorney, gets involved in politics and, eventually, is elected to the U.S. Senate. Meanwhile, her marriage in tatters, Melissa dabbles in art and gigolos, drinks more than she should, and becomes estranged from her children. Eventually she and Andy do become involved in a brief affair, but it is really too late for both of them. However Andy’s last letter, written to her mother after Melissa’s untimely death, makes it eloquently clear how much they really meant, and gave to, each other over the years-physically apart, perhaps, but spiritually as close as only true lovers can be.

Please be advised that Love Letters contains some adult language and subject matter.

The Dip for Dozer is one of Cambridge’s most loved and fun events.  Take a dip into frozen Lake Ripley in the middle of winter for a great cause!  Dress up in your favorite themed costume and jump with friends. The day starts with turkey bowling, Kites on Ice & Ice Sculpting at 11 am, then the Dipping & Dipper Costume Contest at 1 pm.  Dip Awards, Raffles, Food & Music at Rockdale Bar & Grill at 4 pm in downtown Rockdale.  This even this always held the second Saturday in February.

Dozens of Dippers jump in the lake to raise funds and have fun in this annual Cambridge tradition.

Dip registration and events begin at 11 am. Dipping starts promptly at 1pm. Events on the ice include:

Raffles begin at 3pm at Rockdale Bar & Grill, along with prizes for the most Dip pledges raised and the Dip costume contest. Live music starts at 7 pm.

Minimum pledges are requested in order to Dip: $52.00 for individuals, $352.00 for teams (maximum of 4 people). Team pledges must be turned in collectively by team captain. Make checks payable to DOZER 52 FOOTBALL SCHOLARSHIP FUND. Proceeds from the Dip for Dozer benefit The Dozer 52 Football Scholarship Fund, a non-profit fund of the Cambridge Athletic Booster Club for the purpose of providing post-secondary scholarships to Cambridge High School Football players. Please direct questions to Jana Evans at 608-423-3241 or 608-423-2013.

Music, drama, dance and delicious treats celebrating the many faces of love! 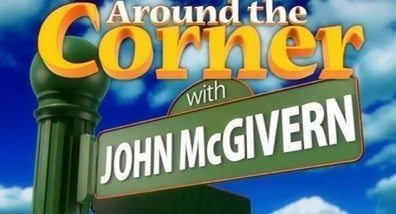 Milwaukee’s own, John McGivern serves up a steady stream of stories from his Midwest childhood. These stories recall an age of innocence bounded by snow days and Thanksgiving dinners, handcrafted Christmas presents and New Year’s Eves when it was the adults that dressed in their Sunday best to celebrate in the “finished” basement. He remembers his childhood summers when the days were long and the nights were warm and the 4th of July was the best day of the year. John’s stories are guaranteed to generate loads of laughs and recognition that we’ve all shared such rich, similar, experiences. 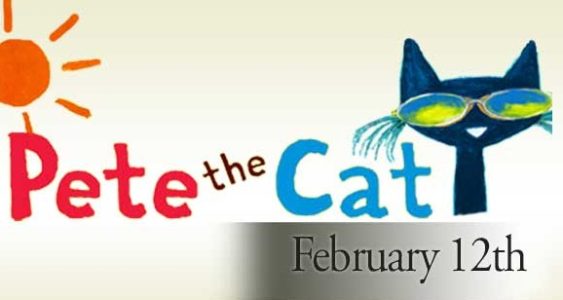 When Pete the Cat gets caught rocking out after bedtime, the cat-catcher sends him to live with the Biddle family to learn his manners – and boy are they square! But for the groovy blue cat, life is an adventure no matter where you wind up, so the minute Pete walks in the door, he gets the whole family rocking. The whole family, that is, except for young Jimmy Biddle, the most organized second grader on planet earth. As the end of second grade approaches, Jimmy has a lot of tests, and the last thing he needs is some groovy cat in his life, changing his family and turning everything upside down. But when Jimmy draws a blank in art class during the last week of school, it turns out Pete is the perfect friend to help him out. Together, they set out on a mission to help Jimmy conquer second grade art, and along the way, they both learn a little something new about inspiration. Join Jimmy and Pete on an adventure of friendship, all the way to Paris and back in a VW Bus.