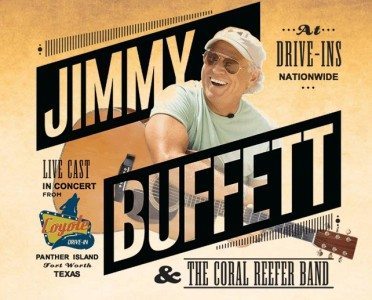 Any Jimmy Buffet fans out there? Jimmy Buffet and the Coral Reefers will be performing at the Coyote Drive-In in Fort Worth, Texas on June 19 – and the concert will be simulcast at select drive-ins across the country!

The Highway 18 Outdoor Theatre will be participating and streaming the show!

Tickets are NOT available as you drive in – they must be purchased online: http://www.highway18.com/ 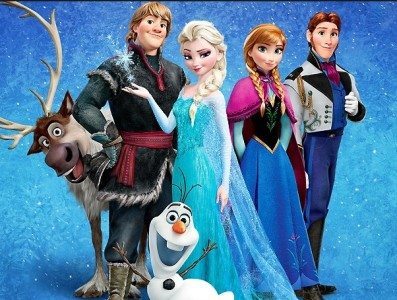 It is about the kingdom of Arendelle which is cast into eternal winter by the powerful Snow Queen Elsa (voice of Idina Menzel), her sprightly sister Anna (Kristen Bell) teams up with a rough-hewn mountaineer named Kristoff (Jonathan Groff) and his trusty reindeer Sven to break the icy spell. 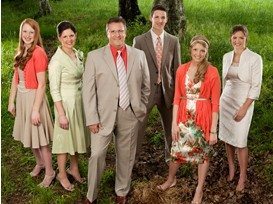 Phil and Kim Collingsworth’s ministry began during their college days when Phil earned a degree in Sacred Music studying both Trumpet Performance and Music Education and Kim arranged music for her school’s traveling performing groups. Since their first engagement together as musicians in 1986 until now, their ministry has flourished into a full-time venture that involves their entire family. Persistent attention to cutting-edge arranging, musical excellence and proper spiritual emphasis are the keys to their God given success. An inspiring concert by the Collingsworth Family includes both award-winning vocal and instrumental music that is certainly a treat for all ages. They have received numerous awards and honors throughout the Gospel industry. Through it all, their purpose remains to give the talent God has loaned them back to their Creator as a sacrifice of praise! 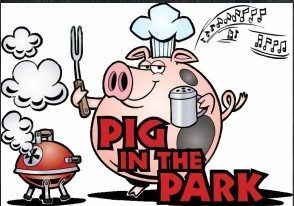 Suspense and comedy combine to create this ingenious thriller. After struggling with a dry spell, Broadway writer Sidney Bruhl discovers a potential hit script: Deathtrap. Sidney and his wife devise a plan to offer a collaborative arrangement to the student who wrote it, but the plot soon turns sinister. Twist after twist will keep you guessing until the unforgettable finish.

Downtown Commons Park filled with rides and games for all ages!  Starting on Thursday night you can enjoy a Legendary Slider while listening to a local band in the Sons of American Legion Beer Tent.  Check out www.lakemills.org for band listings.

4pm to 11pm Thursday and Friday; all day Saturday and Sunday 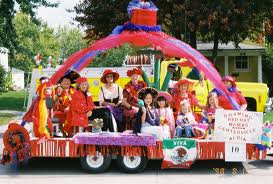 Come to Lake Mills and enjoy a parade with 100 or more parade entries! The parade route starts on Main Street and Lake Park Place heading downtown with the Parade route ending at Prospect Street.

Join us for an outdoor band concert at 7:30pm with an ice cream social sponsored by “Fort Atkinson Garden Club” at 6:30pm (it also continues through the concert).

The Fort Atkinson Community Band is a volunteer group of about 45 musicians, made up of adults, along with some high school and college students. We rehearse on a weekly basis from March to August each year. Continuously active since 1960, our band has provided playing opportunities for the residents of Fort Atkinson and area for over five decades.

In addition to providing playing opportunities we also regularly put on public concerts. In 2014, we will be performing in five outdoor concertsat our baad shell in Barrie Park. Other community event performances will be announced through out the year.

Our goal is to provide playing opportunities for amateur band musicians after they have played in high school, college, and/or the service. We also provide quality entertainment to the community, through both indoor and outdoor concerts.

In the case of inclement weather, the social and concert will move across the street to Trinity Lutheran Church.