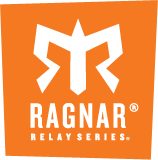 This race begins in Madison, and ends in Chicago.

There are legs that run through Lake Mills and Jefferson (Vetro Winery).

Enjoy a half marathon, a kid’s one mile run and a 5k run/walk. 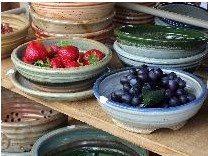 An all clay festival celebrating ceramic arts features over 40 potters, plus hands on learning area for youth, raku firing demonstrations, Live pottey auction, High School and College games, as well as the US pottery games. 10am – 4pm

Visions: A – Z. An Exhibit by the Visionary Artists. Five artists interpret each letter of the alphabet using a variety of mediums. Subject matter ranging from artichokes to zebras will be presented in this exhibit of over 130 pieces of original art. The Visionary Artists are Joyce Follis, Marilyn Fuerstenberg, Barbara Grant, Tom Jewell, and Karolyn Alexander Tscharnack. They come from the Fort Atkinson and Whitewater, Wisconsin areas.

Check out some hot cars at Kruise Nights in Cambridge.  See old cars in mint condition or new cars with all the bells and whistles.  Car enthusiasts gather at Kruise Night on the 2nd Tuesday of the month from May through September.  Sponsored by The Keystone Grill, 206 W. Main. 5pm 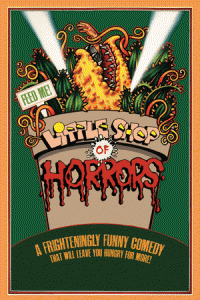 From the award winning composing team who brought us Disney’s BEAUTY AND THE BEAST; THE LITTLE MERMAID; and ALADDIN comes this high-spirited, rollicking musical comedy about a boy, a girl, and a plant. The original Off-Broadway production of LITTLE SHOP won the coveted Drama Desk Award for Best Musical as well as the Drama Critics Circle and Outer Critics Circle Awards.  Its recent triumphant Broadway revival was nominated for a Tony Award for Best Revival! It is a fun-filled, delightful spoof of all those great old 50’s science fiction movies. Seymour, the nerdy clerk at a down-on-its-luck flower shop, loves the shop’s beautiful cashier Audrey and sets out to impress her by growing the world’s most unusual plant. Hilarity ensues when he discovers that the plant requires more than just water and sun to thrive. A tuneful musical score and a quirky, off-beat romance makes this show one of the last decade’s most successful and entertaining shows. 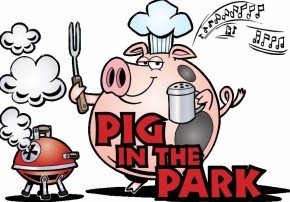 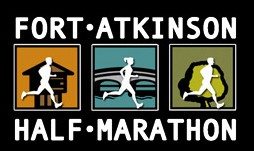 Nestled between Chicago, Madison and Milwaukee lies a city with historic sites and Broadway lights. Known for its small town comfort, natural beauty, eclectic shopping and fine dining, Fort Atkinson hosts a certified half marathon that navigates its historic city. The half marathon runs past a river walk, live farmer’s market and a vintage downtown like no other. All speeds are welcome to participate in this beautiful course and enjoy Fort Atkinson this summer.

New this year, we will be holding a 5K race in conjunction with the half marathon.

Participate in this beginners workshop on how to research your family tree. Learn about what primary sources to use and where to find them. Bring along your family documents and ask questions about what they mean. Learn about what local genealogical sources are availablef or use here at the Hoard Museum’s Knox Research Library & Archive. 1:30pm-3:30pm

The annual outdoor art festival is held in Riverside Park on Father’s Day weekend in Watertown. Admission is free. Enjoy live music, food, free art activities for children and a spectacular array of art. This is a juried fine art show where only quality original artwork or prints of originals may be displayed. 10am-4pm

Watch the plane fly in from allover while you eat a great breakfast!

Plane rides and Helicopter rides. Performance by the Community Bank.

A Wisconsin off-Road Series Event by Capital Off-Road Pathfinders. Cambridge is race number 4 in the largest US off-road mountain bike series. The trail system at CamRock is a blend of wide and fast flowing single-track that runs through open fields of prairie grass, wooded single-track with bermed turns, and more technical single-track with a touch of roots and rocks. The Battle of CamRock’s course contains some great downhill sections that will have you begging for another lap. Pre-race and mountain bike clinic Saturday noon to 5pm and races start at 9:30 am Sunday from beginner to expert. 9:30am – 5pm