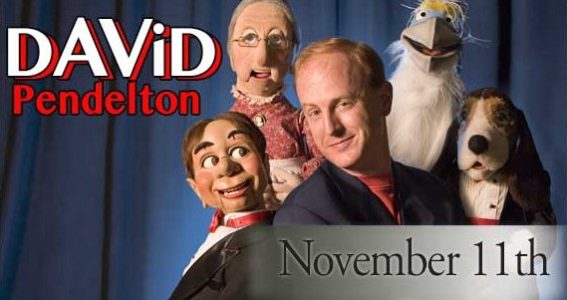 Ever since he was six years old, David Pendelton has had a passion for ventriloquism and performing. Today, he’s a seasoned professional, an in-demand comedian, and expert ventriloquist whose unique brand of family-friendly humor has won audiences over throughout the world. His flawless technique as a ventriloquist sets him apart. He will not only amaze you with his ability to make you believe that anything can talk, but his comedy act will also keep you laughing from start to finish. David brings to his show a cast of comedic characters including lovable but blunt Aunt Tilly, a 94-year-old spinster; the classic quick-witted trouble maker, Mack Elroy; the dopey yet adorable houng dog, Buford; and the slightly misguided albino vulture, Vern. Of course no show would be complete without a few surprise appearances from members of the audience as well! 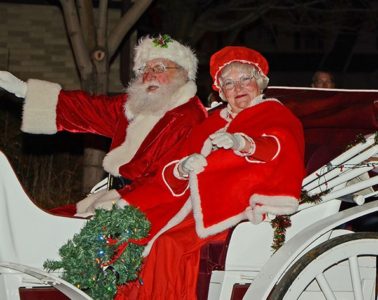 Fort Atkinson is kicking off the holiday season with the 21st Annual Holiday Parade in downtown Fort Atkinson at 5:30pm. Enjoy music, dancing, and a visit from Santa and Mrs. Claus. Bring a can of non-perishable food to support the annual food drive for the Fort Atkinson Food Pantry. New this year, the Blackhawk Running Club is hosting its 1st Annual Reindeer Dash Family Fun Run immediately preceding the holiday parade. Following the parade, head over to the Municipal Building to vote for your favorite chili at the United Way Chili Cook-Off and have your photo taken with Santa and Mrs. Claus!