Need a part for your car or want to buy a car?  This is the place to come. 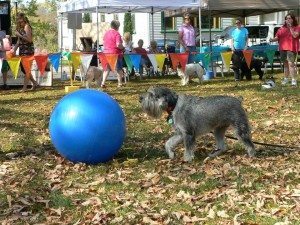 Barktoberfest is  a free and fun canine festival and party for you and your dog(s) held Sunday 9/28 at downtown West Side Park. The festival includes vendors, rescue groups, dog demos, a demonstration of lure coursing, costume and trick contests with great prizes, food and more. Join in for a “Howling” good time with fun for humans and their hounds.

The day starts at Westside Park for fun, games and contests. The day ends with Yappy Hour, a raffle and live music for both you and your dog(s).

This event is sponsored by Rover Makeovers Pet Grooming & Photography which each year raises funds for various rescue groups. For more information, contact Julie Anderson at (608) 345-8821 or email mydogsdig@gmail.com.

Yappy Hour from 3pm to 5pm at a local restaurant.